Solana and Ethereum are both commonly referred to as "Layer 1", or "L1" blockchains. In this comparison guide, we will highlight the main differences between both ecosystems. Learn the benefits and disadvantages of each blockchain and discover if Solana is really the Ethereum killer that some people claim it is.
June 4, 2022

Solana is a blockchain network that is capable of fast transactions and high throughput. It utilizes a unique mechanism for ordering and executing transactions. This mechanism, called Proof of History, is unique to Solana.

Solana can be used to build decentralized applications. As at the time of this writing, it is the fastest growing crypto ecosystem in the world.

Solana was created by a team of engineers led by Anatoly Yakovenko, a seasoned Senior Software Engineer who had spent over a decade at Qualcomm working on infrastructure protocols. With some colleagues from Qualcomm, the team started working on Solana in 2017 and they released the Solana Main-net Beta in March 2020.

Ethereum is a decentralized, open-source blockchain with smart contract functionality. Ether (ETH or Ξ) is the native cryptocurrency of the platform. Amongst cryptocurrencies, it is second only to Bitcoin in market capitalization.

Ethereum was conceived in 2013 by programmer Vitalik Buterin. In 2014, development work commenced and was crowdfunded, and the network went live on 30 July 2015.

The platform allows anyone to deploy permanent and immutable decentralized applications for others to interact with. The development of these applications require ETH, which is the utility token for the network’s interaction.

A Smart Contract is a computer program that can execute transactions automatically without the need of human interaction. By harvesting the nature of decentralization, these applications can take the form of everything from niche communities to complicated financial tools.

Ethereum was created to bring decentralization capabilities to all aspects of technology.

In order to achieve this, a programming language called Solidity was developed by Gavin Wood, a founding member of Ethereum.

Solidity is considered a Turing-complete language, meaning it can be used to code virtually anything possible in a software.

Solidity is the major programming language used in creating Smart Contracts on Ethereum. Ethereum runs on a compiler called the Ethereum Virtual Machine.

Solana uses the Rust programming language which means it is both fast and memory efficient.

Rust is beneficial because it provides safety against memory problems.  Solana on-chain programs are compiled via the LLVM compiler infrastructure. Because Solana uses the LLVM compiler infrastructure, a program may be written in any programming language that can target the LLVM’s backend. Solana currently supports writing programs in Rust and C/C++.

Prior to Solana, Rust was not a very popular coding language due to its barebones, system level nature.

Because of this, Rust developers are in high demand right now. The capacity of the network has brought in experienced engineers to build good applications on the chain. Popular DApps on Solana include Raydium, Orca, Nirvana, Saber, ProjectSerum etc.

A blockchain protocol uses a mechanism to verify any transaction that happens on it. It has to reach a consensus before it is saved immutably on the blockchain.

In the Proof-of-work mechanism, the network sets a problem for miners to solve. In this process, valid blocks of data are added to the chain.

A disadvantage of proof of work used by Ethereum is its consumption of electricity. This consensus mechanism consumes much electricity in the process of mining and it is bad for the environment. Whenever any government wants to kick against the use of blockchain, they almost immediately lay claim on this setback.

Solana uses Proof-of-History (PoH) to validate transactions on the network. PoH creates a historical record that proves that an event has occurred at a specific moment in time.

Whereas other blockchains require validators to talk to one another in order to agree that time has passed, each Solana validator maintains its own clock by encoding the passage of time in a simple SHA-256, sequential-hashing verifiable delay function (VDF).

This differs from the current standard of blockchain infrastructure, which relies on a sequential production of blocks that are hindered by waiting for confirmation across the network before moving forward. PoH presents a fundamental move forward in the structure of blockchain networks in regards to speed and capacity.

This innovation in verifying transactions makes the time to create new blocks of data ridiculously small – 400ms per block! The average block time on Ethereum is between 10 to 19 seconds.

Because Solana and Ethereum use different consensus mechanisms, the hardware required to run the network is also much different.

With ETH, anyone with a modern graphics card can run a program on their computer that generates revenue via mining.

This is contrary to running a Solana validator, which requires much more than simply a GPU. Even a basic validator setup can cost well over $10,000 to build. On top of that, you need a lot of people to stake with you in order to cover the costs incurred in running the network.

This barrier to entry is the reason why many “ETH heads” say that Solana in centralized. They argue that the cost barrier and initial period of negative returns makes it impossible for your every day user to have enough incentive to contribute computing power to the network.

Personally I don’t think consumers care whether a decentralized network is maintained by $10,000 computers or $1,000 computers, but that’s just my opinion. The fact is that more and more validators are emerging on Solana, with 2022 on track to double 2021s numbers.

Soladex is proud to run a validator node on Solana. You can read more about our Solana validator here.

Scalability of a blockchain network is the ability to perform a high load of transaction with high frequency and also to support large number of nodes in the network.

Ethereum, though scalable initially, has become so unscalable that the average user cannot perform trivial actions on the blockchain due to increase in gas fees.

The gas fee is the amount paid in Ether (Ethereum network’s native currency). The miners of the network receive this ETH from users as a “gas fee”. They can ignore a transaction in favor of another because one user is paying higher gas fee and the other is paying lesser.

One of the reasons for this is because the throughput of the transactions of Ethereum is 15 transactions per second.

Solana‘s scalability far surpasses Ethereum. With everyday network speeds of 2,000+ TPS, Solana processes transactions over 100x faster than Ethereum does. In addition, Solana has reached peak transaction throughput of around 400,000 TPS prior to crashing.

In 2019, Solana Labs performed a test on the Solana Blockchain to gauge its scalability and efficiency. The test was executed across 200 distributed nodes over 23 regions throughout world, with the nodes online ranging across five continents.

Ethereum transaction fees can cost anywhere from $4 to $10 per transaction (Jun 2022). In addition, Ethereum fees can spike during peak usage which in the past has lead to users paying hundreds of dollars to process a single transaction.

On the other hand, a transaction on Solana costs a mere $0.00025. This is largely due to the fact that the Solana blockchain is incredibly energy efficient.

Decentralization refers to the transfer of control and decision-making from a centralized entity (individual, organization, or group thereof) to a distributed network. Decentralized networks strive to reduce the level of trust that participants must place in one another, and deter their ability to exert authority or control over one another in ways that degrade the functionality of the network.

Currently, Solana blockchain has around 1400 validators that help secure the network. These validators are the computers running in the background that are verifying transactions and recording it on the next block.

It’s approximated that Solana has around 1,000 DApps online.

Ethereum reportedly has 33,700 active validators helping in the security of its ETH 2.0 as of December 2020 and 3000+ DApps running on the network.  Ethereum is more decentralized compared to Solana in terms of the number of its validators. The more validators a network protocol has, the more decentralized it becomes. It creates a high degree of censorship resistance.

On the 14th of September, 2021, Solana experienced a 16-hour downtime. This has raised many questions about the validity of its decentralization and scalability.

As reported by Solana Status, a twitter account dedicated to reporting issues surrounding the technical aspects of Solana, the network protocol went down after processing about 400,000 TPS being produced by bots.

The issue was quickly fixed and a patch was implemented that required 80% of validator nodes to coordinate a restart. No data was lost, but many people inevitably lost money due to time sensitive trading strategies, defi procedures, etc.

Ethereum and Polkadot co-founder, Gavin Wood criticized the network saying Solana’s “exclusive and closed set of servers” may be fast, but its value is no match for well-secured decentralized networks. While Emin Gun Sirer, a founder of Ava Labs and University of Cornell Professor said Solana is still “early days… issues can happen!”

For a network built to sustain 50k TPS, a spike to 400,000 would definitely cause some problems.

In addition to the September outage, the Solana network has experienced some additional outages and performance issues. It’s important to remember that Solana is still technically in Mainnet Beta. Network quality continues to improve with each update and the future remains bright for Solana.

When you compare Solana with Ethereum side by side, it’s apparent why some people refer to Solana as the “Ethereum killer”. A competitive urge to be “the best” constantly pits the two crowds against each other.

We believe the future will be multi chain.Who said two protocols can not co-exist? Of this, Anatoly Yakovenko, cofounder of Solana, who is certainly not rooting against Ethereum said in his interview with TechCrunch “it would be devastating for the entire industry if Ethereum weren’t able to pull off its transition to proof of stake given its mindshare and its roughly $500 billion market cap.”

Can Solana overtake Ethereum? Many people think it will. For now, the future remains unknown. You can’t deny the impact Solana is having in the Web 3 and DeFi communities, and we think that impact is only going to increase over time.

Stake with the Soladex validator

The first 100 people to stake 1 or more SOL with us get lifetime OG status in the members only Discord server!
Stake Now
Stake Now
Tweet about this 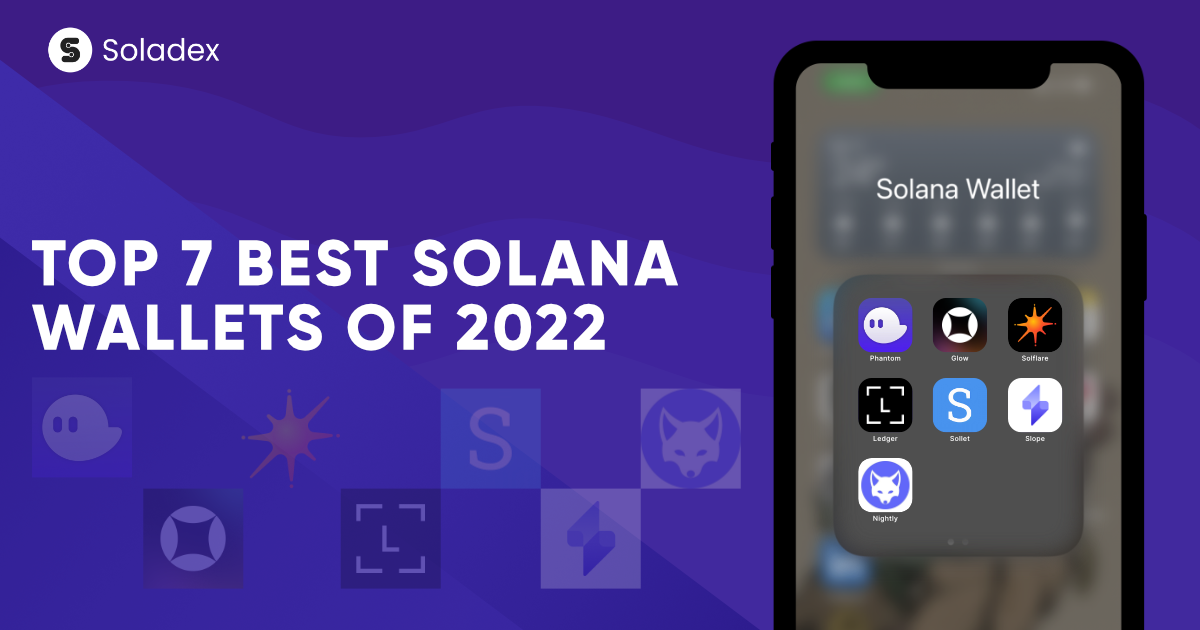 The Best Solana Wallets For iOS, Android, and Desktop

What is the best wallet app for Solana? Learn which Solana wallets we recommend in this roundup article.
Posted byHanko 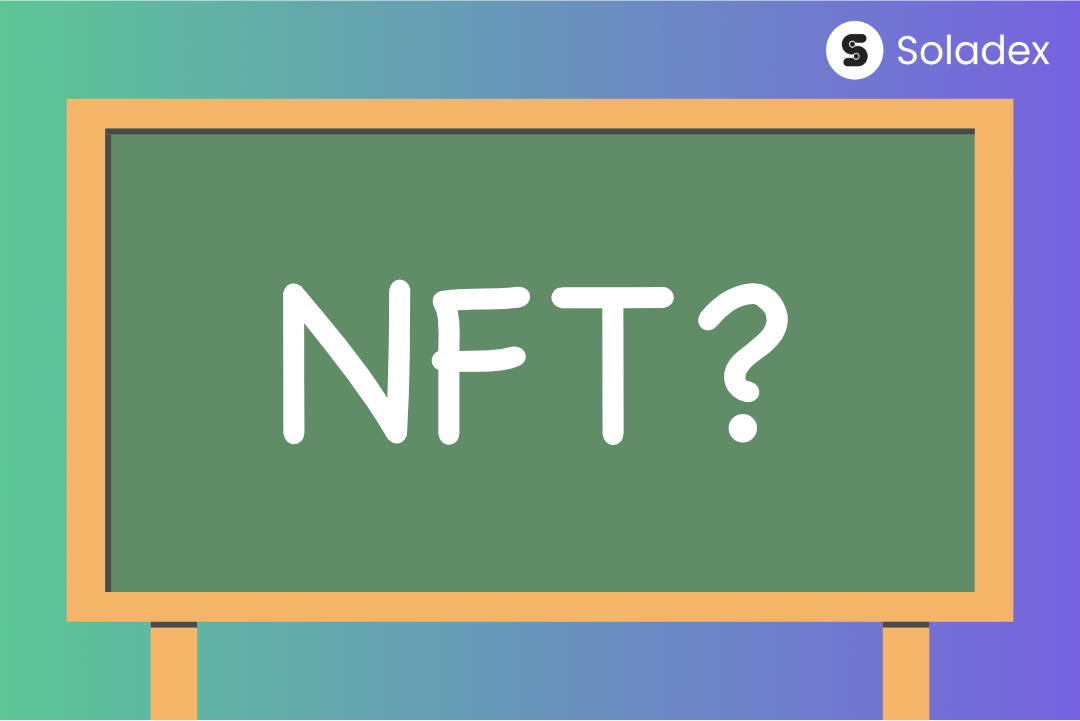 Solana NFTs: A Beginners Guide to the Metaverse

Curious about getting into NFTs? This article covers the very basics. Learn the fundamentals of NFTs on Solana in this beginners guide.
Posted byHanko